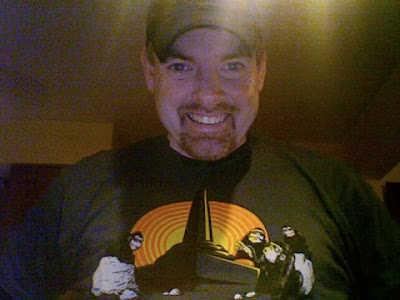 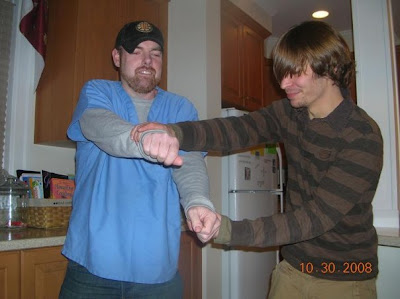 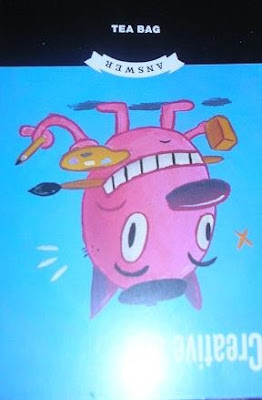 Even though this is my 8th (maybe last?) t-shirt that has something to do with video games, (you can click on links all 7 others listed below), they aren’t the only kind of games that I play.

Every week, a group of Holy Cross students come over to Hope Lodge and hang out with the guests. We usually end up playing Apples to Apples, which is one of the most fun “party games” I have ever played.

It takes just a minute to learn: there are cards with nouns/pronouns/proper nouns and cards with adjectives. Each player holds 7 noun cards in their hand while “judges” take turns picking one adjective card. Each player then gives the judge the noun he/she thinks the judge will think is the best match for that adjective. If the judge picks your noun, you keep the adjective card as a way of keeping score. As described here (http://en.wikipedia.org/wiki/Apples_to_Apples), we usually play the “Infinite Apples” version, where you play until you all agree it’s time to stop (or whenever the HC students have to head back to school).

Apples to Apples comes with blank cards that players can write on to make what they think is the perfect match for the adjective. The game we play with at Hope Lodge contains the home made cards “Hope Lodge”, “Dave’s Ass”, “flavory”, and “Alderaan” (you can look that one up, but I believe it was picked for the words hot, rebellious, and revolutionary. “Dave’s Ass” is usually picked for words like Perfect, Wonderful, or Stupendous. We also had a match of Fuzz and Fuzzy and Helen Keller with Visionary.

I think the best thing about Apples to Apples is that it’s fun win or lose. Yes, it is more fun to win, but this game is entertaining whether the cards are with you or against you.

Cranium (http://en.wikipedia.org/wiki/Cranium_(board_game)) also tops my list of favorite all-time board games. I love it because it is a combination of skills used in Pictionary, Trivial Pursuit, Charades, and other word games. Creative Cat has you drawing, drawing blind, and making things out of clay. The Data Head questions can be true/false, multiple choice, or just a regular trivia question. Star Performer questions might make you hum a song, act like a famous person, act out a regular charades-type answer, and the Cranium Wow has a new one where one person moves another like a puppet and the “puppet person” has to guess what they are acting out. With Word Worm questions, you have to spell as a group, spell backwards, define words, solve puzzles with missing letters, or rearrange letters to get the answer.

Playing Cranium over the years has produced many memorable and hilarious moments (and yes, some of these you had to be there). One night, my brother’s wife was trying to act like the Kramer character from Seinfeld. She left the room and came running in (much like Kramer), did her best Kramer face and sound effect, and blurted out something like, “I want a pizza place where you make your own pizza!”. Another time my father was trying to act like Jacques Cousteau and in some sort of French accent was telling us “I am on zee boat and I want to look at zee aneemals in zee water”. Damn, I wish I had that on video! One of the first times I ever played Cranium my cousin Matt picked a Star Performer card where he had to act like a famous person. He read the card just as my aunt walked in and started to laugh. As he was laughing he said, “I just can’t do this with my mother in the room”. After thinking about possible ways he could act it out, he just kept laughing and had to refuse an attempt. The card was “Monica Lewinsky”. I think the funniest happened a couple of years ago at Hope Lodge. It was the first time we were playing with the “puppet” category, and one of the Holy Cross students had me moving my hands and I thought I was driving a car (see picture). He then made me get down on my knees and I quickly guessed I was milking a cow. A few turns later, I picked a card up with a word one of the HL guests had to draw. Looking at the word (which was Tea Bag) I started laughing hysterically and said “Well, it’s a good thing this one wasn’t in the “human puppet” category!” (If you don’t understand, feel free to look up tea bag at http://www.urbandictionary.com). Luckily, the guest had no idea why the Holy Cross students and I were all laughing to the point of tears.

Last year at my cousin’s house, we were gathered for our usual post-Turkey Day game night (which was also a surprise birthday party for my sister Megan) and we tried the game Liebrary. This one (http://boardgamegeek.com/boardgame/20130/liebrary) is similar to Apples to Apples because people take turns being the judge each round. But this game is all about books. Each judge reads a card with a book title, author, and synopsis. Then each player writes down what they think is the first line of this book. The judge then reads all of these first lines including the actual first line randomly placed with the others. Players then guess which line they think is the correct first line and get a point for guessing correctly and a point if anyone guesses the line that they wrote. Sometimes it’s really hard to come up with a good first line in time, so I try to relate the synopsis to some other story I am familiar with (I think last year there was a book about twins trying to trick other people and my line was about the Brady Bunch episode when Peter meets his twin and they try to do just that (see “Two Petes in a Pod” Episode 113 - http://en.wikipedia.org/wiki/List_of_The_Brady_Bunch_episodes).

Oh yes, the t-shirt. This one was donated from Psycho Reindeer (http://www.psychoreindeer.com, http://www.psychoreindeer.com/t-shirt/a-video-game-odyssey), and is a spoof of the 1968 classic 2001: A Space Odyssey. If you haven’t seen it (http://www.imdb.com/title/tt0062622, http://en.wikipedia.org/wiki/2001:_A_Space_Odyssey_(film)), I highly recommend putting it on your Netflix list or seeing if your library has it. Here is the list of my other video game t-shirts and the sequence from the movie that this t-shirt is referring to. Looking forward to game night tonight!!!