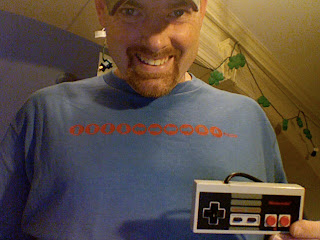 It’s amazing how some things just stick in your brain, isn’t it? For me and many, many guys (yes, I’m sure there are some girls who remember too) my age, we all remember the code for Contra that got you 120 guys. Not only was Contra one of the first games to have a secret code, it was one of the first two-player co-op games I remember playing (Double Dragon comes to mind, too). The spread gun, of course, was the best one to have while playing Contra (which on occasion, might have caused an argument here and there as to who got to have that gun). The level with the spikes coming down that you had to time perfectly friggin’ sucked. The “3D” levels where you had to crouch, jump and shoot down the hallway at the same time were awesome (although when the dudes started throwing grenades at you it kinda sucked). Of course, at the end, blowing up the huge alien heart was the best (especially how it started to beat faster and faster as you got closer to killing it). The challenge to Contra was trying to beat it without the code…which, without yelling at my sister Megan, I did (she knows what this means).