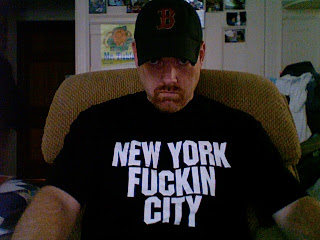 Nine years ago, I was at the start of my first week as lead teacher of a residential special education school. I was covering for the math teacher who was finishing the two weeks notice he had given his previous job. After the first period, students that had just been in their social studies class came into math class and told me what they had just watched (If the students had behaved and were finished their work, sometimes for the last 5 minutes of class they would watch CNN to keep up with current events). One of them told me they had seen “a plane hit a building in New York”. After I questioned them, I eventually learned that it was a “big jet” that had hit one of the “really tall buildings” in New York. In the middle of class, the lead clinician took me out in the hall and told me what had actually happened. I was stunned. During lunch, all of the teachers crowded around the TV and learned more details about the attacks. In a fog for the rest of the day, we managed to get through the rest of the classes trying to tell the students we would talk about what happened when we knew more. I got back to my apartment in Waltham and was glued to the TV until my aunt invited everyone over for dinner. I remember seeing my nephew (then not even 2) running around the yard and wondering when he would be taught about what had happened that day. I felt the sorrow our whole nation felt, but felt lucky to be surrounded by my loving family.

I thought this shirt (donated by my awesome sister Megan…thanks, Meg!) would be a perfect shirt to wear on 9/11. Although I usually view New York through the eyes of a sports rival, the events of nine years ago helped put those rivalries into perspective…hockey, baseball, football…they really are just games. New York showed us how to come together, help each other, and begin to heal.

Do the terrorists think they succeeded in attacking our way of life? Well, I am wearing a “NEW YORK FUCKIN CITY” shirt.