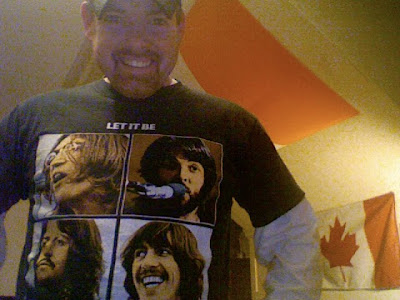 Although it could be argued that Abbey Road was the last Beatles album (most of it was recorded after Let It Be), Let It Be was the last studio album released by the band – on May 8, 1970. But I hadn’t even been born yet, so I always just referred to it as one of their “later albums”. My favorites from Let It Be (most likely because they were the ones I heard the most when I was a kid) are Let It Be, The Long and Winding Road, and Across the Universe. See them below for your listening pleasure:

One thing I learned doing research for this blog was that there was a Let It Be documentary shot while the album was being recorded (http://uk.imdb.com/title/tt0065976/). It includes footage of an unannounced rooftop concert and a peek at the tension that would eventually lead to their breakup. I really hope I get to watch this movie sooner rather than later, but there is no set DVD release date right now.

Speaking of recent release dates, The Beatles recently made their way into the “Wonderful Digital Music World of iTunes” - http://www.apple.com/the-beatles/. And as I type, I just saw a commercial for this release during the commercials for House (and in between Bruins periods 1 and 2). I have mixed feelings about this. I think it’s good that another generation will have access to The Beatles and all the great albums they put out. But, I would rather have those songs passed from person to person than iTunes to computer. I don’t think The Beatles or Apple needs any more money. But I also think that many Beatles albums are a lot better than anything you can get on iTunes. Why didn’t Apple include the “Let It Be” documentary as part of the release? One of the many things that make me say, “If I was in charge I would have…”

Regardless of if you are a Beatles fan or what Beatles album is your favorite or how you feel about the iTunes release, one thing is for sure: The Beatles are here to stay and their songs will continue to be listened to, sung along to, and played. I’m very thankful for The Beatles, and I’m really hoping Glen can come through for me with a “Let It Be” movie bootleg…

PS – In case you didn’t know, Paul wrote Let It Be about his mother, not the mother of Jesus.