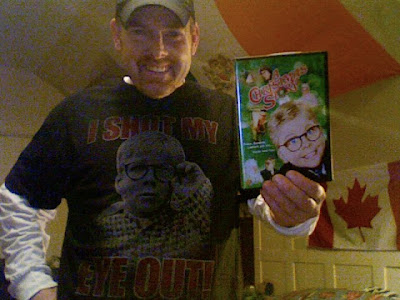 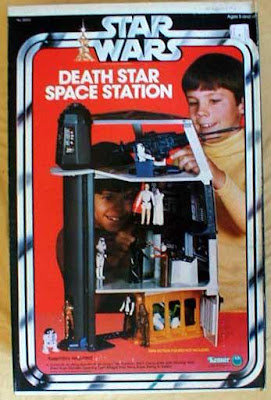 No doubt about it. As far as Christmas movies go, A Christmas story (http://www.imdb.com/title/tt0085334) is a classic. There are so many funny scenes and funny lines; this blog simply can’t cover them all. If you haven’t seen it, take the time – it’s worth it. And don’t wait until the TBS 24-hour marathon; it’s much better if you watch it from start to finish.

After some IMDBing, I found out some things I didn’t know about Peter Billingsley, who played the lead role of Ralphie (from http://www.imdb.com/name/nm0082526)

The one thing I did know about him was that he was “Messy Marvin” from the Hershey’s Syrup commercials:

I also found a story about a Christmas Story Reunion:

I never wanted a BB gun for Christmas. For me, as a budding Star Wars dork, the Holy Grail of Christmas presents was the Death Star Playset. Then one year, I got it. Although it didn’t shoot my eye out, you can see my disappointment after my attempts to show my Death Star to my brother Jon fall short.

About ten years ago we were watching all the movies my father took of all the McGrath kids every Christmas morning. My sister Carolyn noticed all the Star Wars presents I got when I was a kid and said, “It’s 20 years later Dave, and you’re still getting the same things for Christmas!” Correction Ca, it’s now 30 years…

Looking forward to another awesome, laugh-filled Christmas with my family!

Oh, and I had to include at least one clip from the movie…