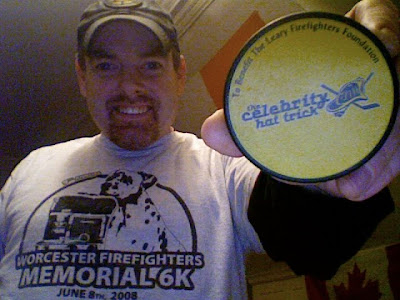 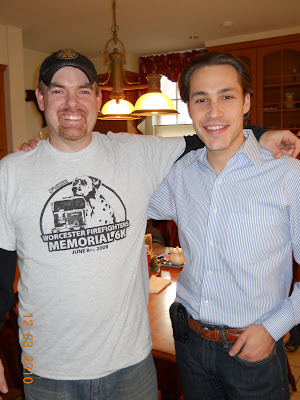 11 years ago tonight, 6 brave Worcester Firefighters perished in a fire at a vacant warehouse. The fire was set by two homeless people who knocked over a candle.

According to www.fallen-heroes.com/Fire, this is what happened:

The Rescue 1 team of Firefighter Paul Brotherton and Firefighter Jerry Lucey entered the building searching for occupants. Fire conditions worsened in the building at an alarmingly unexpected rate. Paul and Jerry, on the fifth floor, became disoriented in the smoke-filled building. Lost, and running low on air, they called for help. Several teams began searching for the lost fire fighters. Two teams reaching the fifth floor also found themselves disoriented in the smoke and trapped by the maze of interior walls — Lieutenant Tom Spencer and Firefighter Tim Jackson from Ladder 2, and Firefighter Jay Lyons and Firefighter Joe McGuirk from Engine 3. Though many more brave fire fighters attempted to locate their missing brothers, their efforts proved futile.

May the “Worcester 6” always be remembered. To read more about each firefighter: http://www.fallen-heroes.com/Heroes/

I am always amazed how something good can come out of a tragedy. Cam Neely lost both of his parents to cancer in a six-month period and started the Neely House (http://www.camneelyfoundation.org/TheNeelyHouse). Denis Leary knew two of the Worcester Firefighters who lost their lives 11 years ago. Jerry Lucey was his cousin, and Tommy Spencer was a childhood friend. Similar to Cam’s reaction to his parents passing, Denis started the Leary Firefighers Foundation (http://www.learyfirefighters.org) in 2000. With a mission to make sure firefighters are using the best equipment possible when they work their dangerous jobs, the foundation has given $10 million to fire departments in Boston, New York, Massachusetts, and New Orleans.

Although my t-shirt blog and efforts to help Hope Lodge are a blip on the screen compared to what Cam and Denis have done, I did have the pleasure of being interviewed today by Charter TV3 in Worcester today! Kenneth Craig (pictured with me) came over to the Lodge earlier to ask me about the blog and what my goals were with all the t-shirts. It was a great experience, and I can’t wait to see it on TV!

Thanks Kenneth, and thank you to Hope Lodge volunteer Sam for donating this t-shirt!