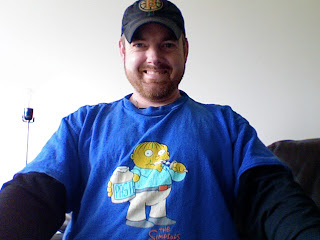 This shirt was a favorite of my special education students. Even though he is a secondary Simpsons character, Ralph Wiggum has said some of my favorite lines from the show. My all-time favorite has to be his “Me fail English? That’s unpossible.” See here:

Speaking of the Simpsons, I have been in Portland, Oregon this week. Matt Groening grew up here, and there are references all over the place:

• The Simpsons live on Evergreen Terrace, the same street on which Groening grew up (I will be going here with my friend Glen sometime this week!)

So, I am surrounded by The Simpsons and tonight I will be rooting for The Canadiens…wow!