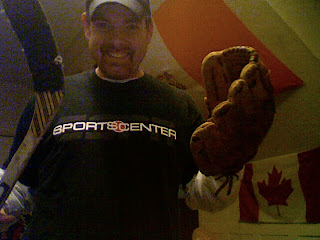 Sports have always been an important part of my family. Whether it was a Little League game or Red Sox game, street hockey in the driveway or watching the B’s play for The Cup, there was usually something sports-related going on with The McGraths. So, in no particular order, I give you what would be the Sportscenter “highlights” of my sports “career”. These are in no particular order, but just as they popped into my head (you’ll notice most of these happened before I was 18, giving an indication when my athleticism peaked).

I’m sure there are more, but that’s all I can think of right now. Thank you to my great friend Patrick for donating this shirt!