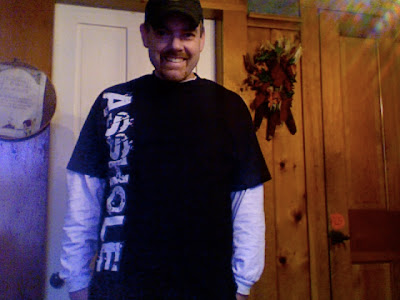 When I took this shirt out of a package donated from Foul Mouth Shirts (http://www.foulmouthshirts.com/funny-t-shirts, http://www.foulmouthshirts.com/New-Shirts/ASSHOLE-FASHION-T-SHIRT.htm), I knew it would have to be a weekend shirt and I knew I would most likely save it for a day I hung out with my friend Carl. And that’s not because Carl is an asshole, he just knows the difference between someone being a “funny asshole” and an “asshole asshole”:

(That little clip was part of a larger project called R.B.I. that you can watch here: http://www.youtube.com/watch?v=1Iyi0aM6xtM)

But, what how does the rest of the world define “asshole”?

Dictionary.com (http://dictionary.reference.com/browse/asshole) defines an asshole as “a stupid, mean, or contemptible person” or a “worthless and annoying person”.

Wikepedia (http://en.wikipedia.org/wiki/Asshole) describes asshole as a variant of arsehole, and is used as a profanity towards someone the speaker does not like or approve of. It also makes reference to my favorite song using the word, Denis Leary’s “Asshole”:

Wiki has another listing for the card game Asshole (http://en.wikipedia.org/wiki/Asshole_(card_game)), which I played many hands of when I was drinking. I usually volunteered to be asshole for the game because I never understood drinking games – I just wanted to get drunk as quickly as I could.

Not sure if you’re an asshole? You can take this online questionnaire to find out: http://electricpulp.com/guykawasaki/arse/

This survey goes along with the book The No Asshole Rule (http://www.amazon.com/Asshole-Rule-Civilized-Workplace-Surviving/dp/0446526568/sr=8-1/qid=1170371963?ie=UTF8&s=books), which argues that assholes in the workplace need to go.

While I would like to think that generally speaking I am not an asshole, I know my friends (especially guy friends) and I definitely act like assholes towards each other. But, it’s all in fun. We say things and do things we never would to the general public and we make each other laugh. We compete and talk trash, but it’s all good. Sure, sometimes if someone is in a bad mood it can get ugly, but we always forgive. I think it’s actually one of the ways guys show affection towards each other. Whether I’m an asshole or not, I know I am looking forward to some video game hockey with Carl later…